CurtCo Media has sold Worth magazine to Sandow Media

With offices in Atlanta, Malibu, New York City, Boston, Ft. Lauderdale, Naples and Sarasota, CurtCo is parent company to a family of publications uniquely targeted to the world’s most affluent readers. These include:

Under the leadership of our Chief Executive Officer, William J. Curtis, CurtCo Media has established an enviable track record of publishing achievement and value creation. CurtCo Media has a highly defined business strategy: to acquire and launch publications that address clearly identified vertical niches and to create powerful niche brands that lead their respective markets.

In addition to our current family of publications, CurtCo Media has demonstrated a unique ability to anticipate and exploit emerging opportunities in a variety of narrowly defined market niches. To date, we have successfully launched more than two dozen publications

Sandow Media Corporation is a cutting-edge publishing company built around a single philosophy; always exceed expectations. Based in South Florida, Sandow Media is defined by an unrelenting drive to lead the industry, focus on quality, and innovate. Our award-winning national editors, groundbreaking creative team, strategic marketers and seasoned account executives interact regularly to form an invaluable team of passionate experts.

Innovation is at the core of every segment of our business and is evident in all of our products and brands. Building long-term relationships with our clients and our readers requires us to go above and beyond their traditional expectations, and surpass them. We have a unique ability to stand back and look at the big picture. Constantly evaluating and re-evaluating any given consumer market, we’re able to spot trends, and in-turn, create media vehicles and brands that uniquely fulfill the desires of our clients and the consumers they serve. Our ideas and strategies have touched many industries, including travel, architecture and medicine.

A visionary chief executive officer, Adam I. Sandow, leads the Sandow Media Corporation. At the age of twenty, Sandow created his first publication for Celebrity Cruise Lines. By the age of twenty-five, he launched his first national consumer magazine: Honeymoon, which quickly became the best-selling travel magazine on newsstands nationwide. After building Honeymoon into an overwhelming success, Sandow acquired five separate adventure travel magazines and merged them into Adventure Journal, the nation’s largest circulation adventure travel magazine. Sandow sold his publishing business in 1999, and became a principal in the Internet start-up, The Knot. His entrepreneurial expertise and extensive knowledge of the media industry was instrumental in orchestrating The Knot’s explosive growth. Sandow’s leadership directly contributed to the successful initial public offering of The Knot by Credit Suisse First Boston. Today, The Knot is a $35 million dollar per year media company that dominates the nation’s wedding market. In 2001 Sandow left The Knot and founded Sandow Media Corporation. Using Sandow’s vast experience with public and private media companies, Sandow Media Corporation takes on the challenge of reinventing the business model for national consumer books and magazines, and in addition, builds uniquely-positioned publications that thrive in both print and online. 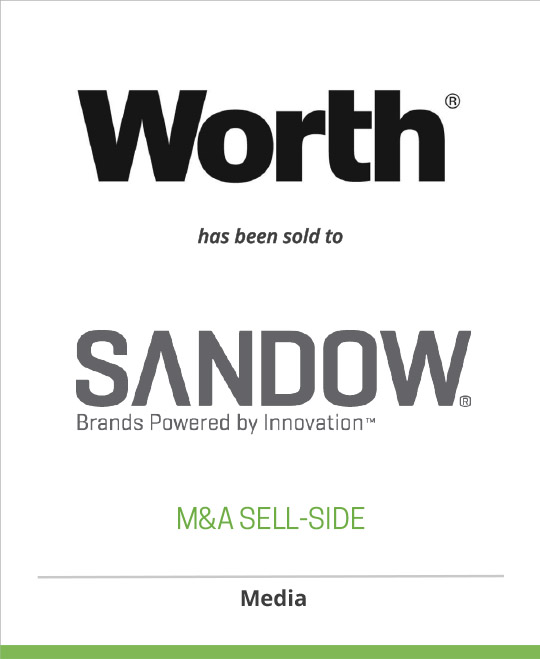 Details
Ascend Media has sold its Healthcare Media Group to Intellisphere LLCpreviousAnswerology has been sold to Hearst Corporationnext
Sign up for our Newsletter!