Two of Southwest Florida’s leading magazines, Sarasota Magazine and Gulfshore Life in Naples, have been purchased by the former owner who originally built them into one of the most successful regional publishing businesses in the country.

Dan Denton, a Bradenton native who has homes in Sarasota and Naples has re-acquired these highly regarded titles from Malibu-based CurtCo Publishing. He had sold the group to them in 2004. The price was not disclosed.

“We have chosen to divest ourselves of our city/regional magazines in order to build upon the amazing growth we are experiencing here at Robb Report this year.  With our nine international editions and our new investment plans for building an exciting array of online initiatives, we have plenty to keep us busy,” said Bill Curtis, CEO of CurtCo. “We have enjoyed owning the Gulfshore group, working with its dedicated employees and becoming friends with wonderful people living in Southwest Florida. Now, it’s fitting that the person who originally built the company should take it forward.”

Denton’s new company, Gulfshore Media LLC, will maintain headquarters in Sarasota and Naples and retain current staff—some of whom worked with Denton for decades prior to the CurtCo sale. Gulfshore Media will also operate Florida Home Media LLC, a company Denton formed to publish Homebuyer magazines and ancillary products in Orlando, Tampa and Jacksonville as well as a city/regional magazine, Orlando Home & Leisure.

“When the opportunity came to buy the publications back, I jumped at the chance,” said Denton, 57. “They are community institutions, and their stature has only increased. I wanted to make certain that they continued forward based on our core principles of editorial and graphic quality and community involvement.”

Both Sarasota Magazine and Gulfshore Life have earned numerous local, regional and national awards for excellence. Denton founded Sarasota Magazine in 1979. He first bought Gulfshore Life, now in its 40th year, in 2000. The company also publishes Gulfshore Business, Biz941 and a host of custom publications in partnership with local arts and business organizations. 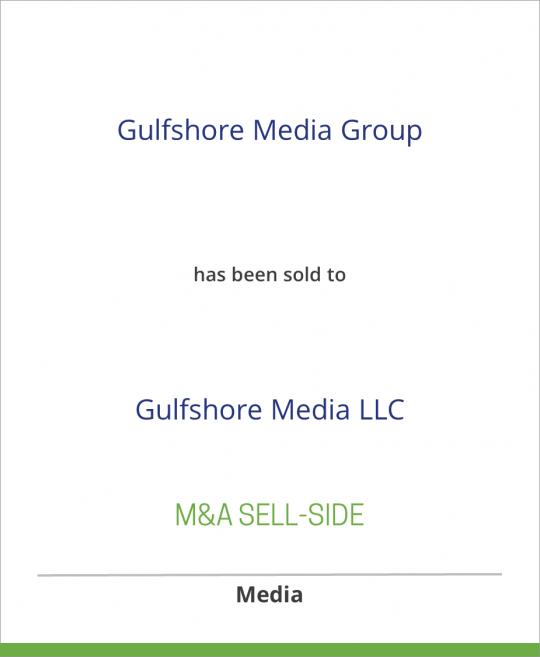