Ron Howard is one of the most successful filmmakers of this era. For over 40 years he has thrilled audiences with a string of blockbusters such as Splash, Cocoon, Willow, Parenthood, Backdraft, Apollo 13, Da Vinci Code, Inferno, Frost/Nixon, and the Oscar-winning A Beautiful Mind.

But it was his early years that laid the foundation for what was to come.

Google the name Ron Howard and the first question that pops up is “Is Ron Howard a nice guy?” The answer to that question is a definite affirmative, based on the views of hundreds of people who have worked with Howard. Howard, born to parents who were actors, grew up in front of the camera. You might recall him playing Andy Griffith’s son Opie on the amiable sitcom, Andy Griffith Show, or as Richie Cunningham in another memorable sitcom, Happy Days. Indeed, these early experiences left an indelible mark.

The HBS community is in for a special treat this holiday season as the Club presents an exclusive conversation with Ron Howard. Howard, who is finishing post-production on a film, has generously agreed to lend his time for this program.

For more information and to register, please visit the EVENT PAGE

Participants must register by NOON on December 13th to receive details on joining the discussion. The Zoom link will be sent out 24 hours before the event. 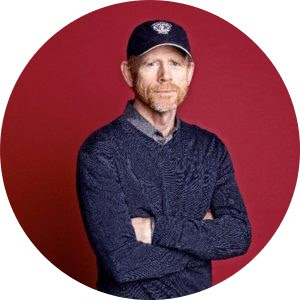 SPEAKER
Ron Howard
Co-Founder, Imagine Entertainment
Academy Award-winning filmmaker Ron Howard is one of his generation’s most popular directors. From the critically acclaimed dramas A Beautiful Mind, Frost/Nixon, Rush, and Apollo 13 to the hit comedies Parenthood and Splash, he has created some of Hollywood’s most memorable films. Howard made his directorial debut in 1977 with Grand Theft Auto. He began his career in film as an actor, performing in The Journey when he was four years old. He also starred in The Music Man, the long-running television series The Andy Griffith Show and Happy Days, and in the film American Graffiti. His most recent films as a director are Hillbilly Elegy and the upcoming Thirteen Lives. He is co-chairman of the production company Imagine Entertainment with Brian Grazer. 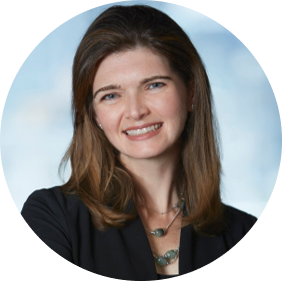 MODERATOR
Joanna Stone Herman
Partner, Oaklins DeSilva+Phillips
Joanna Stone Herman is a Partner at Oaklins DeSilva+Phillips and serves as the TMT Industry Group Co-Head for Oaklins International, our global investment bank with offices in 60 cities across 40 countries. Prior to joining Oaklins DeSilva+Phillips in 2011, Joanna worked in several senior executive roles including as SVP Global Strategy for LexisNexis, EVP of Corporate Development for Thomson Financial Corporate Group, VP of Strategy for Thomson Learning and Director of Strategy for Dow Jones. Joanna also served as CEO and co-Founder of Librify, a technology start-up that was the exclusive e-book platform for Target, sold to Scribd in 2015. Joanna has a B.S. and Masters degrees from MIT and an MBA from HBS.
REGISTER FOR THIS VIRTUAL EVENT HERE
—

Oaklins DeSilva+Phillips is an investment bank for clients that operate at the intersection of content, technology and services. This includes enterprises operating within the media, advertising & marketing, education, healthcare, information services and technology sectors. Over 25 years, clients have included Advance Publications/Condé Nast, Deutsche Börse Group, Elsevier, Hachette, JP Morgan Partners, Microsoft, The New York Times, Time Inc., TPG and Wasserstein & Co., among others. The firm is the TMT practice co-head and industry specialist in Oaklins, the world’s most experienced mid-market M&A advisor, with over 850 professionals globally and dedicated industry teams in more than 45 countries. We have closed 1,700 transactions in the past five years.

At Oaklins, we are passionate about M&A. It’s what we do, every day. We give nothing but our very best to do justice to the extraordinary effort our clients put into their businesses. Our partnership with our clients works because we both believe in never settling until we deliver excellence. Coming from every corner of the world and with a diverse range of backgrounds, together we are one global team. The world’s most experienced advisor on mid-market deals.

Oaklins is the collective trade name of independent member firms affiliated with Oaklins International Inc. For details of the nature of the affiliation, please refer to www.oaklins.com/legal.

Helixa Is Acquired By TelmarpreviousPage Publishing Consortium Receiving Significant Investment from Serata Capital Partnersnext
Sign up for our Newsletter!