The Seller
18 Media, LLC publishes California Home & Design – a 10-year-old magazine – and California Estates & Properties. Based in Menlo Park, California Home & Design’s editorial focus is home design and interiors in Northern California. With a circulation of 45,000, it is the preeminent, high-end home and garden magazine of California, with its roots in the Bay Area.
The Buyer
Hartle Media Ventures, LLC, is publisher of 7×7 magazine, a smart and stylish bi-monthly that celebrates San Francisco people, their stories, and their lifestyles. Now in its fourth year, 7×7 has a circulation of 48,000. Owner and CEO Tom Hartle founded Hartle Media five years ago as a West Coast rep firm (advertising representative firm) which continues to service national magazines Spin and Popular Mechanics in its home territory, San Francisco and Northern California. Hartle Media also custom-publishes State Parks Guides for the State of California. Previously, Mr. Hartle was the founder of Hour Detroit, a younger-audience-targeted city magazine similar to 7×7, which he sold successfully in 2000. 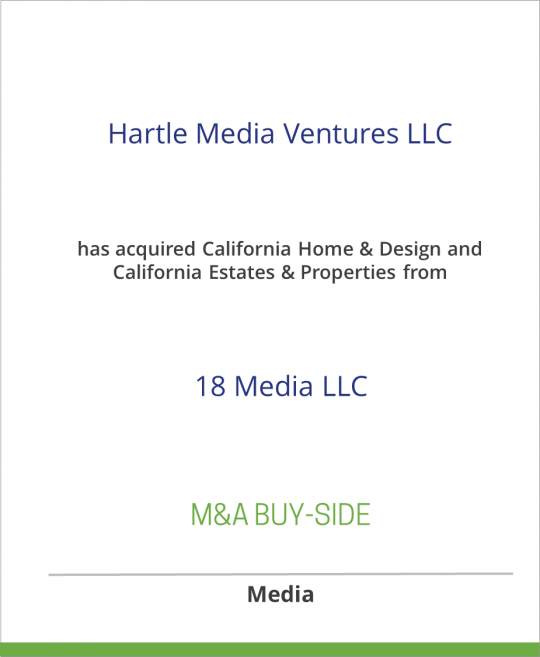 Details
Hartle Media Ventures LLC has has sold an equity stake to The McEvoy GrouppreviousHRA Research has been sold to Intellisphere LLCnext
Sign up for our Newsletter!