Men’s Health Publisher Rodale Puts Itself Up for Sale

Rodale, the publishing company responsible for Men’s Health, Women’s Health and other wellness brands, has opened itself up for a possible sale.

The company is exploring “strategic alternatives” to its current business plan that could include selling Rodale as a whole or in part, it said on Wednesday. The company employs roughly 700 employees in New York City, its Emmaus, Penn., headquarters and other satellite locations.

“We are excited to explore opportunities for potential buyers of our business who can build on the strong foundation of our commitment to inspiring health, healing, happiness and love by enhancing core capabilities and resources for our brands,” CEO Maria Rodale said in a statement.

It’s been a difficult spring, not to mention last 10 years, for publishing companies coping with the transition from print to digital. Rodale said last month that it was “winding down” its direct-mail business, which sends books, mainly health-related, directly to consumers. The company cut 40 jobs in January 2016.

The much larger Time Inc., whose portfolio includes brands such as Sports Illustrated and People, eliminated 300 jobs last week after considering its own sale early this year. Time Inc. wound up taking itself off the block and sticking with its plan to expand in branded content and video and cut back staff in other areas.

“The issue is that buying a magazine business is a contrarian move these days,” said Reed Phillips, CEO and managing partner of the media investment firm DeSilva & Phillips.  “Magazine publishers don’t want to buy more magazines. Now their mandate is to diversity their revenues away from print.”

Phillips, who has worked on transactions with Condé Nast and Time Inc., said Rodale could fare better than other publishing companies, in part because of the success of Men’s Health. The magazine began publishing in 1987. Today it has 40 international editions and is the world’s best-selling men’s magazine, according to Rodale.

“If buyers are allowed to cherry-pick, it could be very likely that Men’s Health could be sold separately,” Phillips said. 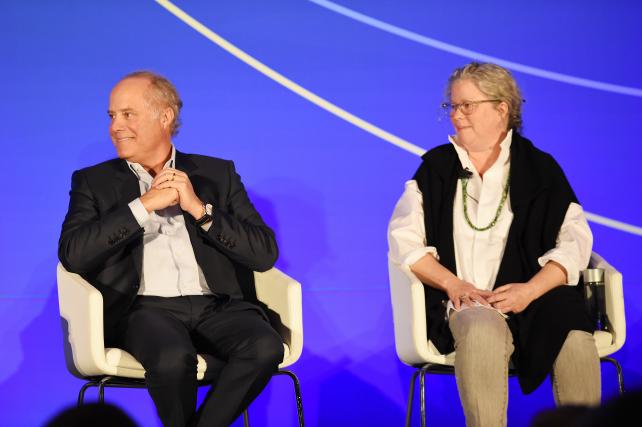 ‘Nobody at Yahoo understood Tumblr’: Why Marissa Mayer’s big bet on Tumblr never panned outpreviousMeredith shows interest in acquiring Rodale titlesnext
Sign up for our Newsletter!