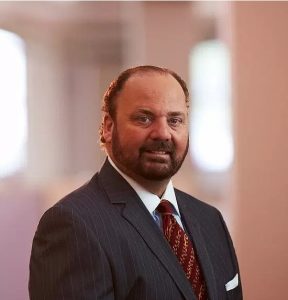 John French has joined Oaklins DeSilva+Phillips in 2021 as a Senior Advisor.

John was one of the B2B media industry’s most prominent and successful CEOs. He was President of PRIMEDIA’s B2B division when it was sold to Wasserstein & Co., and remained in that role when the company was renamed Prism Business Media. During his time at PRIMEDIA and Prism he oversaw average CAGR digital growth of 50% a year. Later, when Prism acquired Penton Media, John became CEO of the industry’s largest company, Penton Media.

His next role after running Penton Media was as CEO of Cygnus Business Media, where he created digital platforms for each of the brands and then successfully sold the company in several parts. Earlier in his career, he spent time working for some of the other major players in B2B media, including IDG, PennWell and CMP Publications.

Now John advises senior managers on business transformation and other important issues. He has done this for the past six years at French LLC in partnership with his wife, Nancy, the company’s COO. He will continue in his advisory role with the clients of French LLC.

John is a graduate of Boston College and he completed the Executive Management Program at Columbia Business School and the Publishing Executive Program at Northwestern University’s Kellogg School of Management.