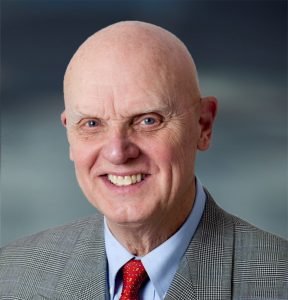 Kenneth B. Collins joined Oaklins DeSilva+Phillips in 1996 and previously held the roles of Partner and CFO. As a Senior Advisor, Ken is responsible for valuations and the firm’s operational restructuring practice as well as FINRA oversight.

Ken has had a long and storied career in the publishing industry. Prior to joining Oaklins DeSilva + Phillips, Ken was President of Macmillan Publishing Europe. Before joining Macmillan, Ken was Executive Vice President and Publisher of American Banker and Investment Dealers’ Digest, and Senior Vice President of John Wiley & Sons, Inc. where he was responsible for all business, scientific, technical, legal and medical publishing programs.

Ken is the former Director of the Association of American Publishers, the national trade association for American book publishers. Ken is also the former Secretary and Director of the Copyright Clearance Center which provides copyright licensing services for both corporate and academic audiences.

Ken holds a B.A from Williams College and a M.B.A. from Harvard Business School