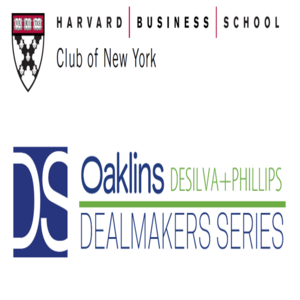 Maria is President and CEO of the Partnership Fund for New York City, which aims to help foster growth in emerging technology sectors in New York City and has made more than 175 investments in businesses and non-profit projects in all five boroughs to promote the local economy.

Maria discussed what she sees as some of the emerging investment opportunities in NYC and share valuable insights from her career in financial markets and early stage investing. She also discussed trends in some of the Fund’s key focus areas: fintech, bio-tech and smart cities. Additionally, Maria shared insights into how she is investing in the emerging trend of technology as a tool for impacting disadvantaged populations – a key focus area for the Partnership Fund. 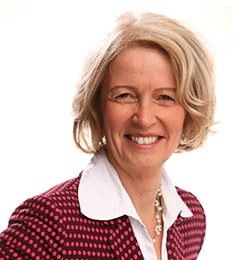 Maria has served as the President and CEO at the Partnership Fund for New York City for over a decade. In addition to managing the fund’s direct investments, Maria has been responsible for the implementation of several strategic initiatives, including: New York Digital Health Accelerator, NYCSeed, BioAccelerate Prize NYC, Arts Entrepreneurial Loan Fund, and the ReStart Central and Financial Recovery Fund. As a FinTech specialist ranked No. 13 in Institutional Investor’s “The Fintech Finance 40”, Maria was also responsible for the establishment of The FinTech Innovation Lab, a 12-week mentorship program for early and growth stage companies in the financial services sector. The program provides entrepreneurs with the necessary platforms to develop, test and prove their propositions to the world’s leading banks. After a successful launch of the program in New York, the program is now available in London, Dublin and Asia Pacific.

Before joining the Fund in 1999, Maria was a Managing Director at BT Wolfensohn (since acquired by Deutsche Bank) where she worked across mergers & acquisitions, dispositions, joint ventures, and the development of business strategies. Maria has also held positions at LaSalle Partners as Senior Vice President of Investments in New York and Merrill Lynch Capital Markets in both New York and London. Maria is the recipient of a Fulbright Fellowship to study international relations at the Institut Universitaire de Hautes Etudes Internationales in Geneva, Switzerland. Maria holds an MBA from Harvard Business School and a B.A from Wellesley College. 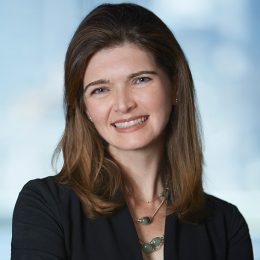 Joanna Stone Herman is a Partner at Oaklins DeSilva+Phillips and serves as the TMT Industry Group Co-Head for Oaklins International, our global investment bank with offices in 60 cities across 40 countries.

Prior to joining Oaklins DeSilva+Phillips in 2011, Joanna worked in several senior executive roles including as SVP Global Strategy for LexisNexis, EVP of Corporate Development for Thomson Financial Corporate Group, VP of Strategy for Thomson Learning and Director of Strategy for Dow Jones. Joanna also served as CEO and Co-Founder of Librify, a technology start-up that was the exclusive e-book platform for Target, sold to Scribd in 2015.

Joanna has a BS and Masters Degrees from MIT and an MBA from HBS.

About the Dealmakers Breakfast Series:

The Oaklins DeSilva+Phillips Dealmakers Series events are for the top dealmakers and operators in the Media, Advertising & Marketing, Information, Education, Technology and Healthcare Communications industries. They feature industry experts discussing the future of investing in the media and technology industries, specifically focusing on recent and imminent notable transactions, as well as emerging trends and opportunities in our space. The HBSCNY Monthly Dealmakers Breakfast Series is intended to be a smaller more intimate event to bring together HBS Alumni and influential industry leaders for stimulating discussions, valuable networking opportunities and engaging Q&A. The program is a round table question-and-answer session at Oaklins DeSilva+Phillips’ offices where the moderator asks 30 minutes of questions, and the audience the other 30 minutes.