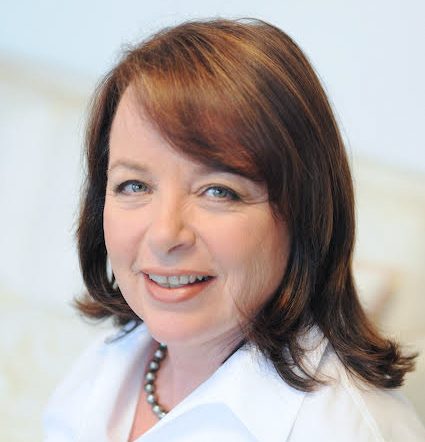 Erica Gruen is an Emmy Award-winning TV producer, advertising and television executive, digital media pioneer, and serial entrepreneur. In addition to building successful businesses, she is actively involved in M&A, JVs and other partnerships.

She was the mastermind of one of television’s biggest brands as President/CEO of the Food Network where she introduced the smash hits The Iron Chef, The Two Fat Ladies, and Emeril Live!, among others. She also launched FoodNetwork.com, the #1 web site for food.

In 1994, she started one of Madison Avenue’s first digital advertising agencies, Saatchi & Saatchi Interactive, and was named to New York Magazine’s first “Cyber 60” list. Along with the Branded Entertainment unit she also founded there, she built unique and groundbreaking branded content for Fortune 100 brands such as Procter & Gamble, General Mills, and Toyota. At Saatchi, Erica also directed the agency’s investments in cable television, and digital and out-of-home media.

She created the partnership between Rodale, NBC and Reveille Productions around the television series The Biggest Loser, which included launching and managing Rodale’s production of the successful online subscription business (BiggestLoserClub.com) and the subsequent line of NY Times’ bestselling books. She was also on the board of Elevator News Network, the digital out-of-home advertising network, which was sold to Captivate Media.

As a consultant and Principal with Quantum Media, Erica creates brand, content and business development strategies for the world’s largest media and entertainment companies, including the BBC, Conde Nast, Hearst, and Reader’s Digest. She has been a Technical Advisor to the Bill and Melinda Gates Foundation, a mentor in Kaplan TechStars, FOOD-X, and other tech accelerators, and an advisor to and investor in leading ed tech, ad tech, music tech, green tech and food tech ventures.

Erica is also an Adjunct Clinical Professor at the NYU Steinhardt School of Education, where she designed and teaches Lean Launch entrepreneurship.

B.A. with Honors, University of Michigan